How could I ever squeeze the words “freezing”, “dry”, “red”, “traditional”, “heat”, “crocodile”, “billabong”, “blue” and “bushfire” into one photo essay description without writing a novel? You’re right, I can’t. So let me just briefly discuss some weather phenomenons of the Northern Territory, which create a huge natural variety and diversity on the 1,800 kilometres between Australia’s tropical North and the continent’s arid centre.

During our first week in the Red Centre — around Alice Springs — we didn’t see a single cloud. Unfortunately, that clear blue sky over the desert didn’t offer much protection when temperatures dropped from comfortable 20°C over the day to uncomfortable 0°C at night. Camping fun!

That said, taking the plane to Darwin to spend our second week in the Northern Territory’s tropical North sounded like the greatest thing since sliced bread. Due to the wet season, when tropical cyclones and monsoons reign the northern top end, the Darwin region gets 9 times more rain each year than the central desert. While it didn’t rain during our stay (July = dry season), we got to see some clouds up north; and we were finally back to comfortable camping temperatures at night.

Let’s have a look at how these weather differences influence(d) the land, nature and animals of the Northern Territory.

Some shapes, like this wave, are inexplicable (if you don’t believe in the Aboriginies’ mythology)

The moon over Uluru, which isn’t all that smooth on the surface and actually reminds me of New Zealand Kauri

Each evening, Uluru does its magic when it’s turning redder and redder

Every morning the same procedure…

Sunrise over The Olgas (Kata Tjuta)

Kings Canyon, another red National Park in the NT

To be honest, I preferred the walks and views over Kings Canyon to Ayers Rock and The Olgas

Enjoying the sunrise on the Kings Canyon Rim Walk

Ghost Gum, a rare evergreen eucalyptus tree growing in rocky and arid regions of the NT 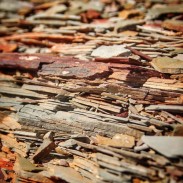 A species found in the East McDonnell Ranges

Nature is the best artist! 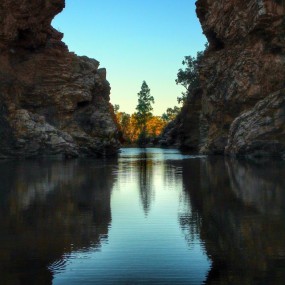 Taking the plane from Alice Springs to Darwin; flying over the beautifully meandering Adelaide River

Must do from Darwin: Visiting the Kakadu National Park 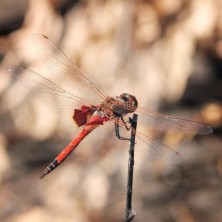 So we focused on the tiny animal world… 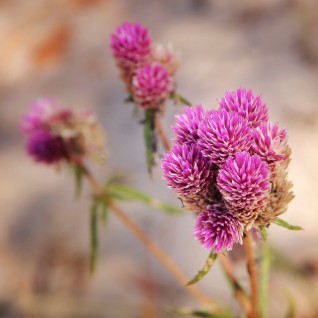 …and flowers growing on arid soil 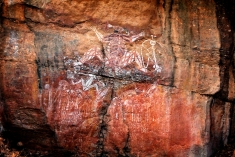 The NT is and always has been home to many Aboroginies 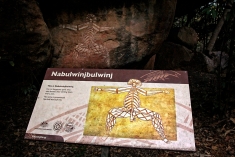 When joining a Yellow Water Cruise, locals will guide you really close to these inhabitants of the billabongs

Crocodile blending in. That’s why they’re so dangerous and unpredictable

Litchfield is known for its amazing termite mound landscapes. Besides the cathedral mounds that you can also see in Kakadu NP, Litchfield is home to magnetic termites, building their mounds in a Nort-South direction to avoid that their homes heat up too much 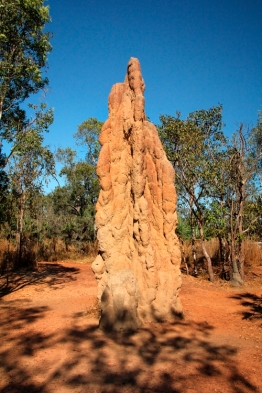 This cathedral termite mound is over 3 metres tall

Litchfield’s waterholes serve as natural pools, which are frequented by locals as well as tourists

After walking around this natural pool in the midday sun, nothing could stop us from jumping straight in

Winter reflections on #IleDeNantes
Gorgeous #sunrise this morning over #SaintSebastienSurLoire #LoireAtlantique⁠
Evening stroll in Parc CRAPA, passing the Hôtel de Région des Pays de la Loire #LoireAtlantique #PaysDeLaLoire
@zoerism and @sainer_etam adding some color to the monotonous winter look 🎨 #Nantes⁠
2/2 I never took the time to carefully check out this graffiti at La Fabrique #Nantes -- until last week. It's a real piece of art with many details and well worth a closer look. 😀👍⁠